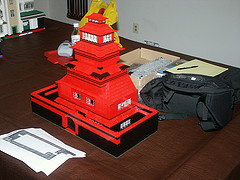 Bob’s photograph of the control using a Spybotic set prompted a thread at LUGNET .

Bob has a small electrified train. 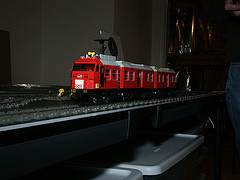 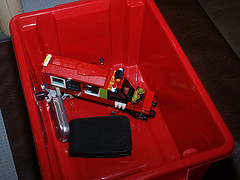 Eventually Max’s train made it out to the tracks. 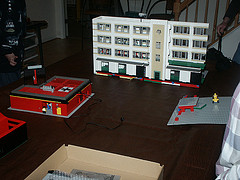 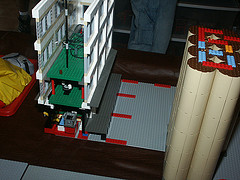 Ed’s factory has a number of mechanical features. 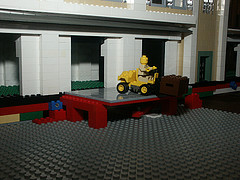 The forklift moves by an underfloor reciprocating magnet. 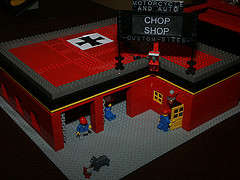 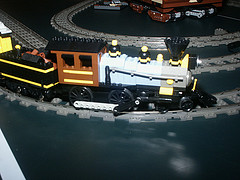 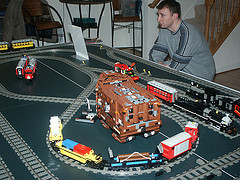 Derek looks over the variety of trains running and idled on the ping-pong table. 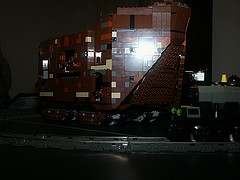 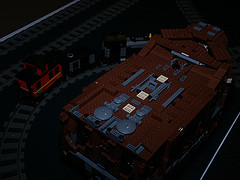 Tom’s 10144 Sandcrawler and its surprising bulk looms over the rails.

Tony’s layout for the show in 2 weeks in Timonium needed amendation now that one of the participants has bowed out. Tom reported that our display in 3 weeks is confirmed but will require setup early on Saturday morning. A telephone call to our main table-transport provider went well. Additional shirts with the WamaLTC logo were ordered (expect a variety of colors for this series).